Yes, there are rivers in your lovely book, And Other Rivers, which I have just finished reading. Far from idyllic, their undercurrents are the site of a number of particularly vicious acts of violence. Having to swim in them was a daunting prospect to this reader, but I am very glad I dared to venture into them!

One thing that strikes me about your poems is how craft plays a big role. Set in Singapore, your poems are swift, austere, and very painful to follow from the moment when the icy efficiency of their protagonists is broken up by frailty – a form of failure that threatens the stability of families and small societies as well as the integrity of the person who has been at the centre of these constellations. Let me try and explain how I see these stories as centered around craftsmanship.

The very first poem in your book depicts a process of disintegration. It presents us ›my father‹ preparing the duck for the big family dinner, like ›[e]very lunar new year‹ – because ›[n]o one else could do the job.‹ Two of the qualities of a good craftsman – his long-term experience and his distinct role – are in evidence here; an old man, he takes longer than ever to accomplish his task, and he no longer achieves the degree of perfection that he recognizes as his own gold standard. ›We didn’t mind but he did.‹ Six words to show the difference between craftsman and lay people: His life is dedicated to a task; theirs, to love of a person.

His response to this love could not be harsher: »This is why you’ll be nothing«. The severity of his verdict is rooted in the rift between him and his family, which he acutely perceives in the moment of his failure. His unique and strong position is undermined by his own cruel remark though, as it postulates that his craft is all that matters in the world, rather than one of many meaningful pursuits, and one that others have failed to take up, even though he seems to have made little effort to share it with them.

The opposite image is painted by ›After his 98th,‹ a poem inspired, as its subtitle says, by ›Phillip Toledano’s photo series »Days with My Father.«‹ The old man is getting his hair cut by his son, although in actual fact there is no hair left. In order not to cause any upset, Phillip, having washed his father’s head, takes ›the scissors from the kitchen drawer, | move[s] the jaws of it in the air. Open | and close, letting the flinty sound fill the kitchen.‹ Interaction rather than action is what makes the exercise of this craft a success – and Phillip’s father does, in the end, enjoy the ›silvery luminance‹ of the top of his head.

›Samsui‹ describes the way in which a woman becomes one with the tools she uses: ›The way her hand grew around || her iron shears: | wrist arched, bones wrapped around eye rings | so fast | we had to pry them from her in the end.‹ Again, this is not a positive image: Ah Mui is obsessed with work, and while you acknowledge that she has to make ends meet, you show her being unable to recognize when to stop. Once again what might be called the ›outside world‹ disappears from her view.

Similarly, a woman making zhezhi cranes and stars by the bedside of her ailing grandfather looks sad, the image of futility almost mocking her technical competency. Once again we see a skill honed over a relatively long period of time – an all-nighter – and one in which both intellectual effort and social function are sidelined by mere physical acitivity: ›By morning, I could shut my eyes, | feel for a corner with my fingers || and know what to do. | Smooth the paper out, lift and fold.‹ There is a desperate undertone in the ambiguity of your modal verb, ›could‹: The woman has mastered her task, but she would rather go to sleep.

Dear Jing, I am very grateful for these poems – as an advocate of craft, I must not lose sight of its dangers: Craft can be exercised at the expense of life itself, and at the expense of others. It can be something that goes beyond seeking perfection and control of a task at hand, turning into an activity pursued to cover up the cracks and sadness of life. Developing skills and dedicating long hours to them becomes a way, for some, to not have to face the world.

For one thing this may be reason for me to hope that writing letters like this one will never become a merely automatic function of my poetic existence – by the bedside of my friends’ books, so to speak. Poetry – your poetry – helps reveal where craft is façade and where, on the other hand, it is something beautiful and life-affirming. Being able to bring these two sides to poetic life is a major achievement, and a powerful warning!

I am particularly grateful for it since my own view of Singapore as a whole is probably rose-tinted, since I spent a rather happy year there as an undergraduate. Poetry was then just on the horizon, as an experiment in waiting. It is certainly not a coincidence that once poetry starts to happen, rose-tinted views are called into question!

All the best and see you soon 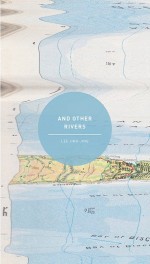